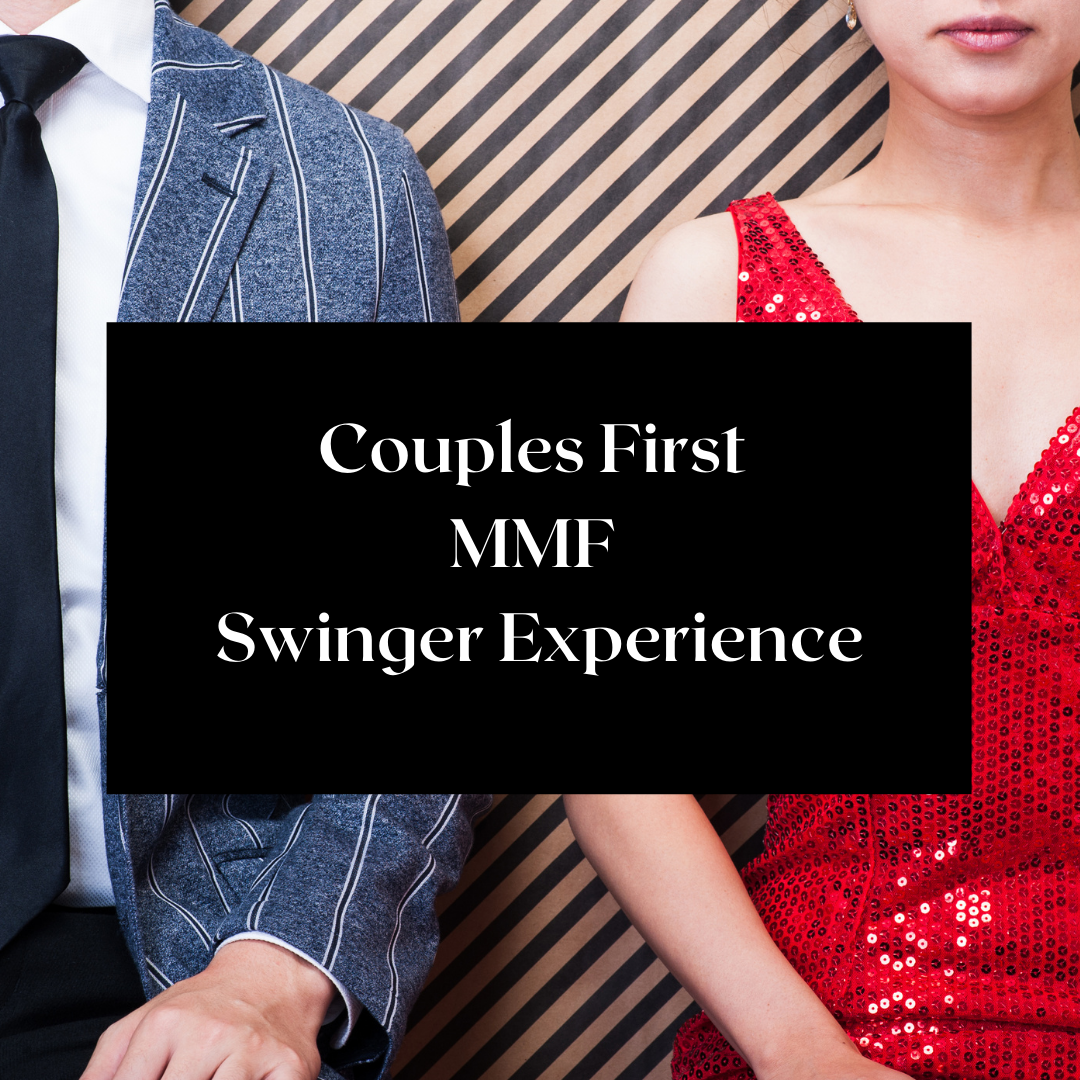 Posted at 18:29h in Swinger Stories by admin 0 Comments
0 Likes

Welcome to another one of our Swinger Stories – Couples First MMF Swinger Experience. This story was found on the r/Swingers thread on Reddit. It’s a long and explicit read but worth it to see how this couple’s first MMF swinger experience went! 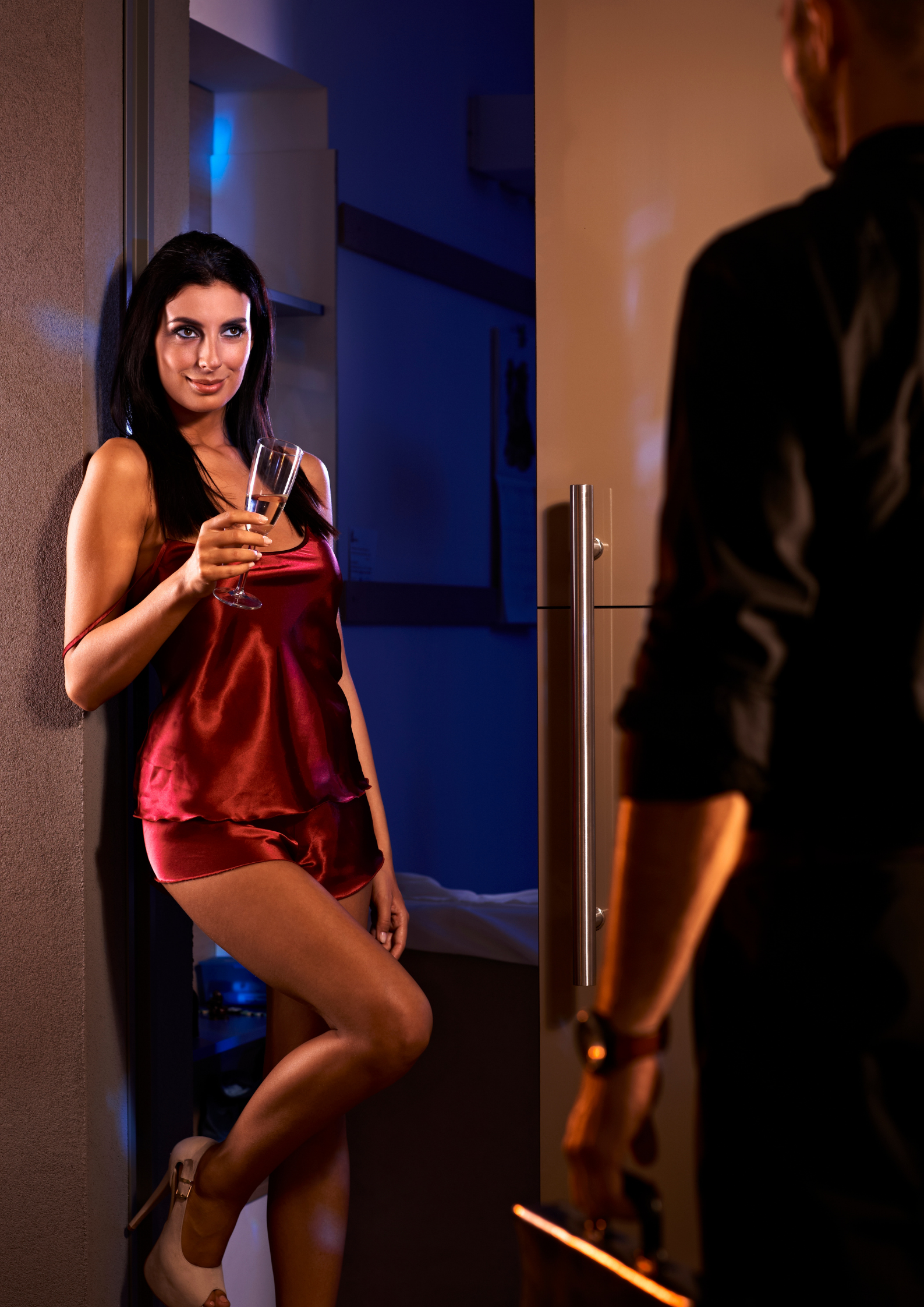 Holy shit. I never thought I’d actually see this train leave the station. My wife and I have discussed this for about 2 months after I opened up to her about my fantasy of seeing her with another man. After an initial “I’ll probably never let another man inside me” she started trying to find guys to fuck online two days later.

After fiddling with Feeld, Fetlife, SLS, and a local swinger club site we connected with tons of single guys and a lot of couples. It was overwhelming keeping up with them all so most conversations have fallen dead but we kept up with a few gems.

It seemed too good to be true

After meeting with a few really nice couples at the swingers club (we only played with each other) we felt like we were ready to take another step. Make a date with another man to play with. We had happened to mention where we were going on our honeymoon to one of the men we met on the swinger club site he mentioned he would actually be less than an hour away at the same time. It seemed too good to be true but what could it hurt to set a date just in case he would actually show up. It could be fun and spice up our time together.

When the day came last night, something came up that upset my wife terribly and so I called him at the last minute to cancel. We both felt terrible about it because he had gotten an expensive room to host and so was already invested in the date but it couldn’t have been helped.

We are going to do this

After some texting, he finally said he would hold the room for another night if we still wanted to meet him. Ready to persevere, my wife, ever the warrior was ready to push on and meet him.

We spent a fair amount of time getting ready, making sure she was nice and cleanly shaven. Picking a sexy black lacy thong and a black see-through eyelash bra to wear under her casual dress and finally applying her makeup. The whole time I’m feeling nervous with butterflies and so is my wife. We are going to do this.

We drive to the hotel where he has fucking valet waiting for our car on his room tab. We go right inside to the elevator, per his instruction, and go to the top floor where they have a bar and a balcony where you get a beautiful view for miles in any direction.

He made us reservations under my name and said to have a good time order whatever we wanted and he would meet us out there. The server takes us to a comfortable couch on the balcony where my wife and I sit and talk while a server brings her a glass of red wine she ordered.

After talking for about 30 minutes (we showed up early), he appears smiling and friendly and extends his hand to shake and we all exchanged pleasantries and he joined us on the couch him on one end, me on the other, my wife in the middle. She ordered potstickers and dribbled a little sauce on her dress and he was very casual and dismissive of it.

The overall vibe I got from this guy was he was super nice and he really wanted to make sure we were relaxed and comfortable. He kept the conversation light and wasn’t pushy at all and let us take our time. He would step away for a moment to give us time together to communicate. Then he sensed we were ready and casually asked if we wanted to see the view from his balcony. My wife immediately responded yes and checked back with me to see me smiling and nodding like an idiot.

I’m pumped this dude is taking control of the situation

Cut to his room, we go out to the balcony and my wife brings a second glass of wine. We keep talking until she finishes and he steps over to her and turns up the heat by asking about her nipple rings he can see through her dress. It’s on.

She giggles and he kneels down while she immediately spreads her legs for him. He just caresses her very softly getting a feel for her body and curves. He then starts playing with her pussy and my wife rolls her head over to me, giving me the thumbs up or down gesture. I give her the thumbs up. I’m pumped this dude is taking control of the situation and my wife is excited.

I walk over and put my hard cock in her mouth while he is going down on her. I can hear the slurping sounds and her moaning and I’m getting excited so I grab the back of her head and start fucking her face. She’s writhing and moaning and gagging and finally, he gets up and suggests we go to the bedroom so we gladly agree. My wife is like a giddy school girl smiling and flashing me sexy looks, dragging her tongue across her teeth. She’s transformed, a new woman. Stronger, more curious, less afraid. Powerful. It’s hot, seeing her this way. I’m so proud to be her husband and excited as fuck I get to play too!

I was getting off on it in so many ways

When in the bedroom he ate her our and fingers her a lot, showing superior skill and ability in this department he made my wife squirt farther than I’ve ever seen in a glorious stream that shot several feet in the air and arched over all of us in a beautiful rain of sexual stimulation and release. It tasted like some kind of juice and he also commented on how awesome my wife tastes.

My wife then engaged in giving him a blow job and she did so with pride and enthusiasm which turned me on and made me proud at the same time. I love watching her work on another man’s cock. She quickly motioned for me to get my ass over there so I came over and she put both of our cocks in her mouth and slurped and licked us like crazy while our dicks were touching. She fucking loved it and I was getting off on it in so many ways… I myself have never been able to cum from oral sex in the past so watching her suck on his dick while he couldn’t hold back and swallowing all of his hot load without taking her mouth off was beautiful.

After making my wife cum maybe 5 times with just his hands and mouth he put the condom on and started fucking her. His dirty talk was sexy but simple and he always maintained a soft dominance over the room. It was incredibly sexy to watch my wife get taken by another man and moan and make faces she hasn’t quite made before. His dick itself wasn’t really much larger than mine but he had a much larger head. He also had more weight and strength to manhandle my wife which she really likes. I was in my wife’s mouth for a period of time fucking her face some more while he hammered away in her.

We promised to meet each other again

He fucked her good getting her to come once more and we all took a break. He made sure we all had water and were comfortable then walked off for a moment to give us time to talk some more. All of this is done unspoken by the way.

After some rest, we end up on the couches in front of giant windows that face a busy bar on the roof of a building across the street. He tells her to put her knees on the top of the couch and her hands on the window so he can eat her out while she watches the people across the street in plain view. He sucks and fingers her until she comes again and commends her almost like saying “good girl” when he asks her “did you just cum in front of all those people?” And she’s just quivering at this point.

She’s exhausted and spent and he is ready for bed as well. We thank him over and over for the most beautiful mind-blowing evening and exchange hugs. We promised to meet each other again.

All the stigmas we had were simply washed

On the ride back to the condo we’re staying in we talk about how thrilling, empowering, and liberating that was and how nice he was. We were impressed at how damn smooth this guy made it for us and feel like we really got lucky meeting him. We will definitely be seeking him out in the future.

My wife and I have zero feelings of guilt or jealousy or anything negative as a result of this. All the stigmas we had were simply washed away with the ease in which this gentleman handled and respected us both. Absolutely amazing I don’t think we will ever go back. The real kicker was this was our delayed honeymoon vacation we planned before even discussing this lifestyle at all.