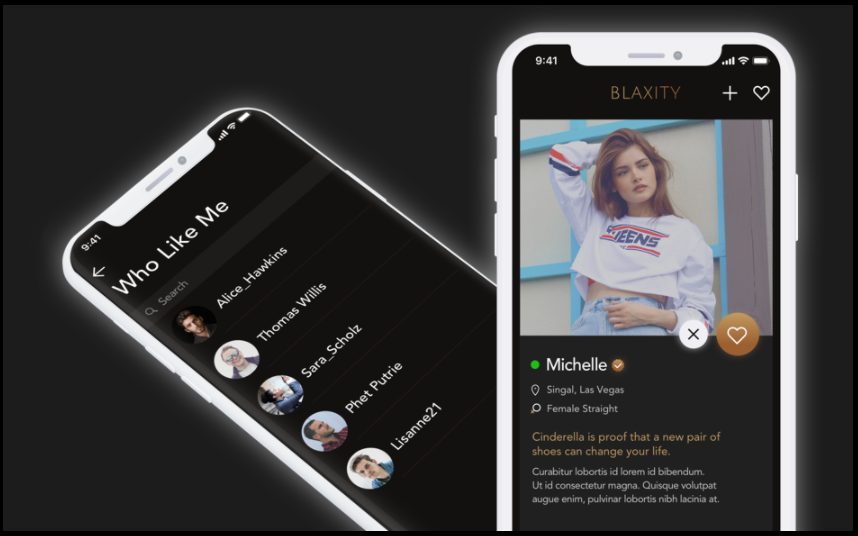 Blaxity is a community of Fluid Romantics, like-minded people sharing experiences, adventures, and passion for relationships and love. Blaxity is all about creating “relationship 2.0″ and take fun, excitement and passion to the next level by creating events, gatherings and helping amazing souls to connect and share. Blaxity is not only for swingers, naturists, exhibitionists, or people who want to explore new adventures. Blaxity is a community that believes in respect, accepting others, and most importantly, no pressure at any level. Just like in our events NO MEANS NO [NN]”, the same applies to all our platforms, whether here on Youtube, on Instagram, on our podcast, on our website, on the Blaxity Mobile App, or our private and exclusive groups and channels. We are “Blaxiters”; we spark love through passion. These are Swinger Lifestyle rules. 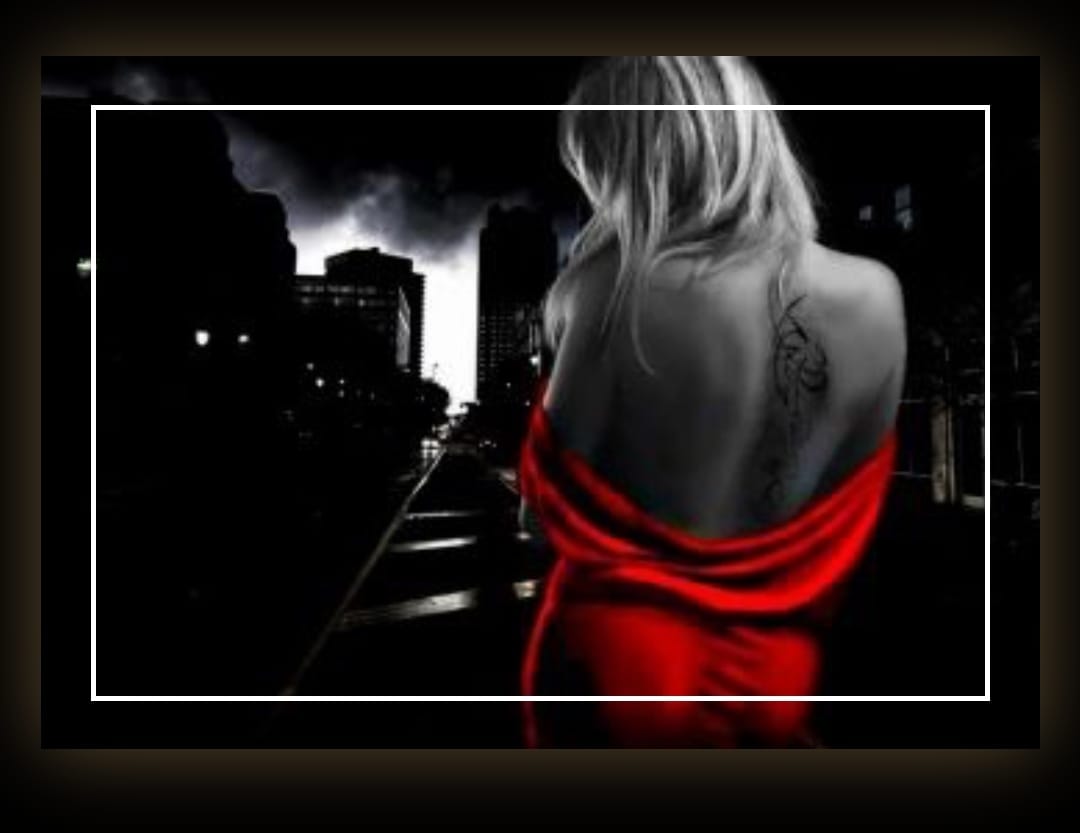 Those who don’t really understand the lifestyle often have an image of swinging that’s far from reality. They may imagine that swingers mindlessly swap partners with whoever is available at the moment, completely free to do as they please, following whatever whim or hormones that drive them. These people are often surprised to hear how often rules in the swinging lifestyle are discussed and how important rules are to swingers.
If you don’t understand the nature of these lifestyle rules and don’t know how to set some for yourself, you may be setting yourself up for some frustration and potentially damaging consequences in your own relationship.

Rules for swingers fall into two general categories:
Rules that govern the lifestyle community in general
Rules that couples establish for themselves.

We will focus on the first list of rules.

“Rules” can be a harsh word. If you prefer, you can think of these as guidelines, or policies, or generally accepted practices among those who play. Different events and different venues may have some specific rules (No high heels on the bed, No nudity beyond the pool area, Keep your curtains closed on the first floor, for example). Still, some of these guidelines transcend that and are considered “best practices” by swingers.

It’s as simple as that. Oddly enough, those in the lifestyle seem to understand that better than many in the vanilla world. “No” doesn’t mean “maybe.” It doesn’t mean “keep pressing, and perhaps I’ll change my mind.” It just means “no.” You don’t even have to offer up an excuse. If someone approaches you and is not interested, you can say “no, thank you,” and the subject is closed. This is the most basic of all of the swinging rules.

How to say no to a swinger couple (or single)

Nobody wants to be rude. We don’t want to come across as shallow, or condescending, or a dick. And for a lot of us, it’s just difficult to reject people and tell them no. If the word sounds harsh, here are few alternatives that mean the same thing:
No, thank you.
Not right now.
We’re really not looking for that, but thanks for the offer.
Thanks, but we’re still just getting comfortable.
It’s been great chatting, but we’re not sure we’re a match.
Thank you for the invitation. We’re flattered, but we’re not interested.

Obviously, these responses aren’t entirely interchangeable, but you’ll find one that each of them will work in a variety of settings. The important thing is to be clear upfront. If you know you aren’t interested, tell them sooner rather than later.

If you are on the other side of the conversation and you hear the word “no” or one of those alternative phrases, politely move on. There is plenty of other fish in the swinging sea! Find someone looking for someone just like you, and respect the wishes of that nervous person who just mustered up the courage to be honest with you.

2. No touching without asking.

Take a minute and look at the top of this page. We’ll wait while you scroll up and read the first two lines. Pay attention to that second one. It’s important. If you don’t want to scroll, we’ll copy it for you here:

The operative word here is “consensual.” And just in case you are not aware, silence is NOT consent. Consent is granted verbally. Or at least with a head nod. Absolutely nothing happens in the lifestyle without clear and specific consent. In the hierarchy of rules for the swinging lifestyle, this is probably 1B rather than 2.

We once met a couple at a hotel party, telling us about an event they had attended previously. They were excellent storytellers with a great sense of humor. In the course of sharing their disappointment with their previous experience, she said, “Nobody touched my boobs all night!”
In fact, she said it at least four times. Not being (too) slow to take a hint, we knew her boobs needed attention. Yet, even with all that, we asked before giving that attention. As we were, an anonymous hand reached in for a feel and was immediately rebuffed. The lady liked the attention, but only with those who were authorized.

3. The women are in charge

Back in the day, swingers were sometimes called “wife-swappers.” The term conjures up the idea of a bunch of macho meatheads mindlessly passing their women around to their buddies to use as sex toys. The women, unable to do anything but cooperate, were merely pawns in the scheme.
That, at least, was the image. Frankly, it was probably never the reality. It certainly isn’t the reality today. Without the consent, eager participation, and (general) levelheadedness of women in the lifestyle, none of this would be possible. Swinger Lifestyle rules depend on women.

Forgive us for slipping into some generalities here, but most of the time, when a couple is looking for another couple to play with, the man is much more likely to say “yes” than the lady. That’s partly because, in most cases, the lady has worked harder to take care of herself, look good, and be attractive to others. She has probably put a lot of thought into what she is wearing and knows exactly how to present herself in the best possible way.
Men, on the other hand, often do not.

Again, we know that we are painting with a broad brush here, but if you have been to many lifestyle events, you probably have a good idea of what we’re talking about. And it’s not just about staying in shape, or keeping his hair, or having an impressive package. Usually, we refer to simply dressing for the occasion, remembering that you are trying to be attractive, and positively presenting yourself. Sadly, too often, men don’t even try.

So when those two couples meet, the men are eager for the chance to spend some time with that other, attractive woman. And the women aren’t. And so nothing happens, it all depends on Swinger Lifestyle rules.

That’s because the women are in charge. We’re not sure if this is really one of the rules for swinging or just a simple reality of the lifestyle. This plays out in several ways, even beyond the lack of attraction factor. In many instances, He is the one who is most interested in exploring the lifestyle. She comes along because she’s a good sport, or He has finally worn her down, or She lost a bet or whatever. He pushes. She vetoes. And she has every right to.

Because the women are in charge.

Men, let your lady develop at her own pace. Ladies, don’t push your men but don’t let them pull you along either. Always remember that the most successful couples in the lifestyle make their decisions together and mutually work their way through various stages of exploration.
And almost always, this means that She will determine when, and who, and how much.

4. Be respectful of others at all times

One of our fundamental beliefs is that the swinging lifestyle begins and ends with you as a couple. We swing – not just to fuck others – but because it enhances our own relationship. You and your relationship are the priority.
But that doesn’t mean that everyone else in the lifestyle is merely a puppet or a pawn for your use and pleasure. They are real people, with real feelings, and real boundaries, just like you. And they deserve your respect.
The first three swinging rules that we have discussed are based on respect for others. Because we respect them, we respect the word “no.” Because we respect them, we do nothing without their permission. Because we have respect for women, we ensure that their voice is heard. (Does that mean that the swinging lifestyle is chivalrous or empowering to women, or something else, even nobler?)

Respect in the swinging lifestyle means:

We are polite enough to answer an email, text, or message on a lifestyle site. Even if it’s to say “no, thank you.”
We are honest in the way that we represent ourselves. (Current photos, accurate weights, ages, and other profile details.)
We recognize that attraction is an odd thing. Maybe they’re into us. Maybe they’re not. And there’s a fair chance that they can’t even exactly tell us why. If they’re not, we thank them, move on, and have a good night.
We know what soap, water, deodorant, and toothpaste are for.
We are aware that the person we are playing with is the partner or spouse of another. Therefore, we include both of them, making sure that both are comfortable with whatever is happening at all times.
We understand that everyone has their own style of play. So we don’t try to force ours onto other people.
We know that sometimes things happen at unpredictable times. You can be in the middle of a play session where everything is going great… until it isn’t. Suddenly, one partner just isn’t feeling it, and they need to step away. And that’s OK because our concern is for their comfort and well-being, not just for our own pleasure.
We keep a proper “distance,” not prying into personal issues, families, jobs, or other details of life unless we are invited in.

Respect goes beyond our treatment of potential play partners. Since, as we’ve already noted, the priority in the lifestyle is our own relationship, we must respect our own partner. We are constantly attentive and communicating to ensure that they’re comfortable, included, and safe. At the end of the night, this is the person we are going home with, and so we respect our relationship to the point of carefully guarding it at all times.

We could add other rules for swinging. Most of them, honestly, are just good principles for life in general. But we think these four cover most of the issues that sometimes pop up in the lifestyle. What do you think? Have we missed a rule for swinging that you consider being basic and universal? We’d love to hear it on Blaxity.